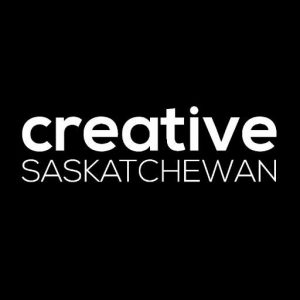 Creative Saskatchewan is taking the next step forward in its corporate evolution with the appointment today of Ranjan Thakre as the new Chair of the Board of Directors and the completion of a rebalancing of terms for its Board Members.

Thakre is a diversified creative industries executive with more than 25 years of experience and a track record of success in leadership. Most recently, he served as Interim CEO of the Saskatchewan Arts Board. Thakre is a seasoned advocate for Saskatchewan’s creative sector, and possesses extensive experience working with government, business and other stakeholders in the public and private sectors. Thakre replaces Interim Chair, Susan Whitney, who has been appointed Vice-Chair.

“I want to thank the current Board of Directors and Interim Chair for their hard work and leadership in building Creative Saskatchewan from the ground up over the past few years, and thanks, as well, to Minister Docherty for his vote of confidence,” Thakre said. “It’s a privilege to join the leadership of this remarkable crown agency, and I’m looking forward to working with Creative Saskatchewan’s next CEO as we continue to invest in the commercial success of Saskatchewan’s creative producers.”

Newly appointed to the Board of Directors today is Jason Zhao. Zhao currently serves as the Chair of the Board of Directors of the Regina Symphony Orchestra. A skilled entrepreneur, Zhao has built a successful career attracting outside investment to Saskatchewan across a diverse spectrum of economic sectors including retail and natural resource development.

With Thakre and Zhao’s appointments, the Board of Directors is at a full complement and now has staggered terms for members providing greater continuity going forward. Reappointments to the Board were also announced today Valerie Creighton, Caroline Walker, and Bruce Willis, will each serve for two-years while Susan Whitney, Cory Furman, Jocelyne Kost, Jocelyne Wasacase-Merasty, and Rick Krieger will complete one-year terms. Echoing his official comment, Thakre thanked Rick Peddle for his contributions to the development of the organization, as his term on the Board wrapped up.